The cities of Sodom and Gomorrah were among the five cities of the plain mentioned in the Bible that were destroyed by a rainstorm of fire and brimstone. This site has been discovered and the evidence is overwhelming. The balls of brimstone (mostly pure sulfur) are still there, embedded in an area near the Dead Sea. Many of the ancient structures of those cities are still in place!

“Then the Lord rained brimstone and fire on Sodom and Gomorrah, from the Lord out of the heavens” Genesis 19:24.

“Turning the cities of Sodom and Gomorrah into ashes, condemned them to destruction, making them an example to those who afterward would live ungodly” II Peter 2:6 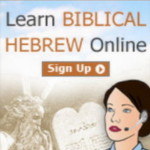