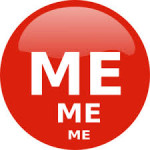 Saul’s reign as the first king of Israel is only about ten chapters long in the Bible. In those few pages he used the words: I, me, my, and mine nearly 100 times. Reading about king Saul in that light made me quite a bit nauseous. The smell of arrogance is sickening. Obviously, he was not a successful king of Israel because he was too self-centered, too self absorbed, and just too full of self to serve as king for the good of the nation – it was all about him and what benefitted him. Saul was not a Elohim (God)-centered king. He was a self-willed and self-righteous man who had little regard for the commandments of the Creator. He lacked the humility required to be  truly a great king. Saul’s self-willed behavior resulted in him rejecting the commandments of Elohim and therefore Elohim rejected Saul from being king of Israel. Elohim resists the proud but He gives grace to the humble.